Today I’m joined by Paula Millhouse, the romance author who field-tested
The 30 Day Novel Success Journal for Romance by using it to write a novel about dragon-riding elves doing battle with the evilest sorceress you’ll ever meet!

Tell us a little bit about yourself. Who are you and what do you like to write?

Hello, Everyone, Paula Millhouse here, and I write Romantic Suspense and Fantasy Romance. I indie-published two novels in my series The Wishes Chronicles, in order to see what it’s like behind the scenes for publishers. I also signed contracts with a small press for two short stories in the fantasy romance genre.

How long have you been writing? How did you get started writing fiction?

At age 13 I wrote fantasy romance featuring the Rock Stars KISS as our Heroes (in makeup, of course), with a critique group of girlfriends in school. I moved on to poetry, then on to high school, and college, and then real life. In 2010 I focused on writing fiction with an eye toward publication.

Are you a plotter or a pantser?

Ohh, good question, for sure. I call myself an organic hybrid now. I wrote as a Pure Pantser from day one, then realized I’d wound up with a computer full of stories, and half-finished humongous files too massive to tame. I needed a way to adapt. I’ve tried plotting stories, but honestly that stifles my creativity from the outset. Now I’m a mixture of both.

What was your writing process like before you tried the romance story blueprint in The 30 Day Novel Success Journal for Romance?

I’d sit down at the keyboard, review what I’d written the day before, and start off on a tear for the next few scenes.

What were your biggest frustrations? Where did you usually get stuck?

Biggest frustrations – my characters, the little darlings, would often follow rabbit trails down holes where I’d have to cut up to 15,000 words.

Now, I loved writing those scenes, and I still love getting caught up in the creative flow, but once I got 2/3 of the story down, my characters would go silent and refuse to speak to me. Often, I’d get stuck about 30,000 words in (The Wall), and start questioning the entire tale.

I think the problem centered around not asking them the right questions.

What kinds of brainstorming tools did you use before you started writing?

I keep a long-hand journal of conversations with my characters and ask them questions about their goals, motivations, and conflicts. One of my favorite brainstorming tools is Pinterest – I create story boards of my novels with images that springboard my imagination.

What other plotting methods had you tried before?

While all these methods have great impact on the craft of writing, often revealing their author’s hard work, somehow I couldn’t make them fit me. It seemed like once I filled in all the details my stories lost their importance. It was as if my characters went on strike and carried signs that read, “The story’s already been told, so why bother?”

How long did it take you to write your novel, Dragon’s Promise, using the romance story blueprint in The 30 Day Novel Success Journal for Romance? Is this slower or faster than your usual timeline for writing a full first draft?

Dragon’s Promise was finished in full first draft in 25 days. This experience was significantly faster than most of my previous stories.

I did win NaNoWriMo twice, but I wound up with a hot mess of chaos still yet to see edits, or second draft.

What was it like to write Dragon’s Promise by plotting one day at a time?

First, I loved plotting one day at a time. Every day held a new set of questions to think about. Even with my self-imposed time-limit of 30 days to complete the first draft, I had new questions for my characters to answer every day. The brainstorming questions saved my story from stalling out.

What did you find most useful about the blueprint?

The daily questions were the most useful part of the blueprint for me. Knowing you based the questions on solid story structure–a verified path to follow, and not rabbit trails I’d have to fix later–gave me the confidence to meet my goal. I appreciate all you’ve put into designing the questions, Lynn. It’s a No-Brainer to use the blueprint. It’s loose enough that I don’t feel constricted, yet structured enough I’m staying on track.

How did you use the brainstorming prompts?

Ray Bradbury’s Dreamscaping must have helped because the next day I’d think about the brainstorming prompts all day at work, maybe answer a few of them at lunchtime.

When I came home to write after work during my designated writing time, the scenes were already in place. I swear, it was as if the movie of the scenes I wrote played out in my mind. It was all right there at my fingertips. On average I wrote 2,000 words/day because the brainstorming prompts led me to success.

How would you compare your earlier novel-writing experiences with your experience of writing with the romance story blueprint?

I wrote this story knowing if I kept true to the prompts the novel would hold water. I wasn’t wasting my time.

Did the romance story blueprint change your writing process in any way?

Yes. I still hold that I’m an organic writer, a Panster if you will. The Romance Story Blueprint helped me laser-focus the precious writing time I carve out of my day. It SAVES time. It doesn’t feel like I’m stifling my creativity at all.

Are you planning to use the romance story blueprint for your next novel?

I have an idea for a Romantic Suspense novella, the third in my Wishes Chronicles, up for first draft. My plan is to use the blueprint while writing during #NaNoWriMo2014.

What would you say to writers who are considering trying out the method described in The 30 Day Novel Success Journal for Romance?

If you’ve got a hot mess of writing on your hands and you want to finish your novel give this method a try. It will focus your writing, and lead you to the finish with a product you can be proud of, ready for edits.

I’d also like to point out, if you’re a Plotter, you’ll be in Hog Heaven with this method.

I also think The 30 Day Novel Success Journal for Romance will be instrumental in the editing phase. 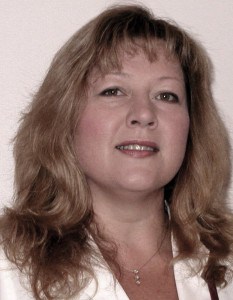 Paula Millhouse grew up in Savannah, Georgia where Spanish moss whispers tales in breezes from the Atlantic Ocean, and the Intracoastal Waterway. As a child Paula soaked in the sunshine and heritage of historic cobblestones, pirate lore, and stories steeped in savory mysteries of the south.

In the southern tradition of storytellers, she loves sharing the lives of her characters with readers, and following her muse on the quest for happily-ever-afters in thrilling romantic fiction.

She lives with her hero, her husband of twenty-seven years at the base of the Blue Ridge Mountains with their pack and pride of furry babies. 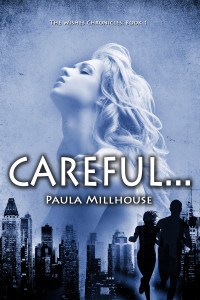 Escape to Vermont with Romantic Suspense

Spend crisp Autumn evenings in Bradford, Vermont curled up with a romantic suspense novel crossed with a thriller’s twist. Careful…, by Paula Millhouse, deals contemporary romance a deadline with justice.

Author Evie Longfellow wants to stay alive long enough to write her fourth New York Times Best Seller. She accepts a blind date from hell that changes everything sane in her life.

Drugged, kidnapped, and horrified Evie escapes and runs for her life with evidence the FBI needs to nail one of their most wanted.

TV Psychologist Dr. Nick Franklin wants to help Evie with her goals. He hides her from a sadistic mafia kingpin, and even though he doesn’t trust his judgment when it comes to the diagnosis of love, he senses Evie may just be the story of his life.

Hit man Tony Aiello plans to do whatever it takes to protect Miss Aida Marino and her Fortune 500 company from disaster. He chases Evie and Nick from New York City to the wilds of rural Vermont to recover the stolen evidence threatening to take Miss Aida down, and faces off with evil in a showdown that brings hometown justice to life. 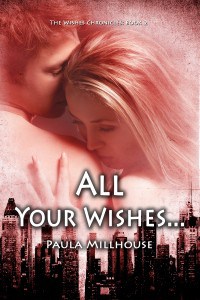 Spend Christmas in Vermont with All Your Wishes…

Spend your Christmas wrapped up in a romantic suspense with a thriller’s twist.

From the Winter Wonderland of rural Vermont to the jagged spires of New York City, All Your Wishes, Book 2 in The Wishes Chronicles by Paula Millhouse, serves up harrowing justice with romantic flair that’s sure to leave you cheering for Nick and Evie’s Happily Ever After.

A Christmas Story to warm your heart.

Dr. Nick Franklin finds himself falling hard for the love of his life, Evie Longfellow. Hunted by a mafia princess, Evie’s terrified something’s wrong, and revenge won’t let her rest.

Tia Marino figures the person who killed her father is his last victim – Evie Longfellow – the only one that ever got away from Paulie Marino. Tia plans to kill Evie in front of her grandmother just before she takes Miss Aida’s place as the new queen of Marino Industries. Hostile-takeovers have never seen the likes of Tia.

Nick’s not gonna have it.

He’ll do anything to protect Evie, even if it means aligning himself with Miss Aida’s hit-man, Tony Aiello.

Follow Nick and Evie from their simple home in the winter wonderland of Vermont down to New York City in their race to stay alive, and out of the hands of a new generation of criminals intent on tearing them apart.

Christmas has never been so hot.

Smashwords | Kindle | Paperback | Pinterest Board for All Your Wishes…

Syndicate Hit-man Tony Aiello and FBI Special Agent Janet Pierce each hold court on opposite ends of the spectrum of law and justice.

Death row inmate Dante’ Buccherri escapes from Supermax ADX Prison in Colorado and comes back to New York City on a rampage with Tony and Janet’s names on the top of his list.

But, when Tony and Janet are pitted together in a high-stakes man-hunt they must press the fringes of their chosen professions in order to take Dante’ down or fall victim to the mad-man’s blade. When sparks ignite between the two of them, the worst part of their conflict has nothing to do with the killer.