I did a short story webinar last night, where I talked about incorporating short stories into your writing career plan in a variety of ways (and being strategic about it). Topics covered included approaches for novelists wanting to promote with short stories vs short story writers who want to build income through Amazon Short Reads, and much more.

Here’s the replay, and a PDF of the slides:

A quick tips video for you today — two reasons why you might get stuck in the middle of your first draft, even if you’re writing with a detailed plot outline.

P.S. I’ve been working on a secret project for a couple of weeks now, and it’s almost time to pull back the curtain!  More news coming soon…

I’m blogging at Savvy Authors today about how to construct internal conflicts so that they generate plot ideas and help you make the theme of your story stronger.

If you can complete the Internal Conflict Sentence, you’ll find out if your character’s internal conflict works (and it’ll be obvious how to fix it if it doesn’t work).  If you struggle to writing stories where the character’s inner struggles drive the external plot, this is where you start.

Read all about it at:

Hope to see you there!

For easy reference, here are the eight steps of the character growth arc (from my workshop, Dynamic Characterization: A No-Inspiration Required System for Creating Unforgettable Characters).

Whether you’ve written a romance novel or a novel that contains a romantic subplot, it’s important to make sure that the relationship arc is strong. A relationship arc is a specific type of growth arc that the couple will move through together as their romance unfolds.

In order to evaluate your story’s relationship arc, you first need to map it out with a list of the moments in the story where the relationship changes, starting with when the couple meets and ending with the scene where they affirm their commitment to each other.

Step One:  Map the Relationship Arc

Divide a piece of paper into two columns (or create a table in Word or Excel, if you’d rather), and in the first column, note the important relationship moments.

Keep it simple — it’s not important to capture every nuance. You just want to be able to see the major moments that form the twists and turns of the relationship.

– Mike meets Sarah, the investor that’s bailing his nearly-broke company out, and discovers she’s the girl he worshipped from afar in high school.

– Sarah takes Mike to dinner to talk about the changes she wants to make. He’s insulted and decides to look for another investor.

– Sarah talks with her best friend about withdrawing her investment, but learns that Mike has invested everything he owns in the company and will go broke if it fails.

– Mike meets with another investor, who advises him to work with Sarah, because she’s saved half a dozen companies in the same position.

– Sarah and Mike agree to work together until the company has raised enough money to pay off its debt and to ignore their mutual attraction.

Step Two:  Identify the State of the Relationship at Each Moment

Once you’ve got the list of relationship moments in the first column, the next step is to note what’s happening in the relationship at that moment.  You’ll write A, B, C or D next to each moment.

A) hero gives in to attraction while the heroine resists

B) heroine gives in to attraction while the hero resists

C) both hero and heroine resist the attraction

D) both hero and heroine give in to the attraction

If both characters give in to the attraction (a D moment), it should be brief and something should happen immediately afterward that puts them back in A, B, or C.

D moments are moments where the conflict is overcome, perhaps temporarily or perhaps permanently. These are the love scenes in your story, where your characters let down their defenses to show affection, emotional vulnerability, and commitment to the relationship in some form or another. Depending on what kind of romance you’re writing, these moments can range from innocent hand holding to a graphic bedroom scene.

The majority of your story’s relationship moments should be A, B, or C moments. And you should be alternating between these three types of moments.

If your characters’ relationship consists of mostly A moments or mostly B moments, it may lack the back-and-forth feeling that good romances usually possess.

If your characters’ relationship consists mostly of C moments, your romance may lack believability–if neither character ever changes their mind about the other, when they finally give in to their attraction at the end of the story, the reader may wonder why these two are falling into each others’ arms all of a sudden.  Those A and B moments, where the characters change their opinions of each other in small ways, are the points in the story where the romance progresses.

If your characters’ relationship consists most of D moments, your story is lacking in romantic conflict, and is likely to bore the reader. You want to sprinkle those D moments sparingly throughout your story, to give the reader just enough satisfaction to feel like the relationship is progressing without undercutting the romantic conflict in all the other scenes in the story.

Step Three:  Maximize the Emotional Impact of Each Moment

Once you’ve identified the dynamic of each moment, you can use these questions to identify how you might increase the emotional impact of each moment.

If it’s an A or a B moment, how can you increase the frustration of both characters? How might the character who’s resisting use the other character’s giving in to their advantage? Or vice versa?

If it’s a C moment, how can you make the attraction stronger or the romantic conflict bigger? How can resisting the mutual attraction help or hinder the characters in progressing toward their story goal?

Last week, we talked about how systems make it more likely that you’ll achieve your goal.  Today I’d like to talk about creating systems for overcoming the obstacles that we all hit at one point or another.

In other words, systems for getting unstuck.

Because we all work a little bit differently, one size doesn’t fit all here.  What helps me might not help you.  The first step in creating your “unblocking” system is to take a few minutes to think about how you’ve written in the past.Read more 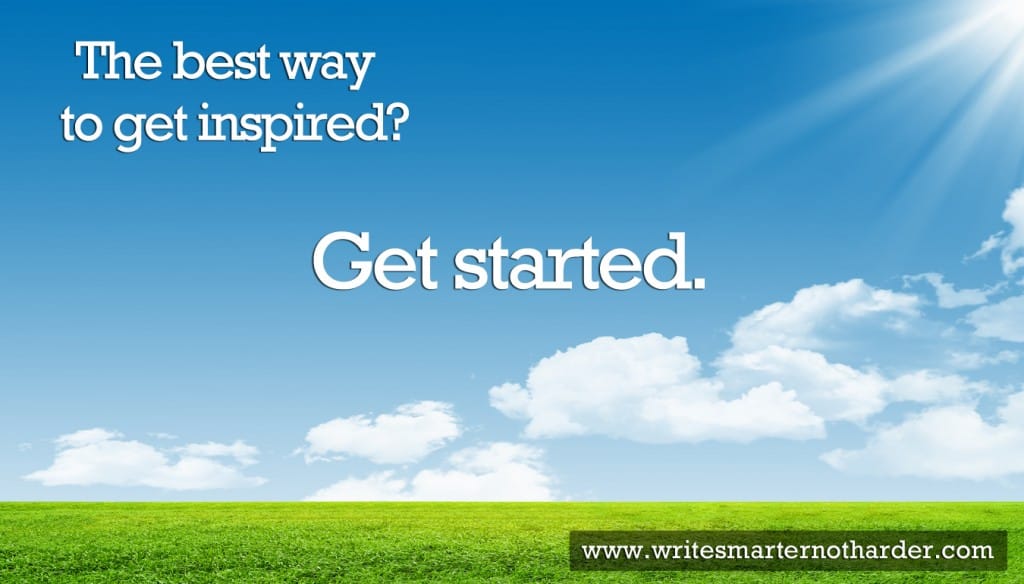 Know someone who could use a little inspiration?  Pass it on!

So many of us set ambitious goals for ourselves in December, only to drop them before the end of January. The goals we dub “New Year’s resolutions” aren’t enough.

Sure, you start with the goal. Write a novel. Or a non-fiction book. Or a collection of short stories. Or a memoir.

But you also need to create a system to help you achieve that goal.Read more

Welcome to the third video in the Editing for Story series!

Today we’re talking about questions to help you evaluate the content of your scenes and look for overall patterns as you create your revision list.

Welcome to episode two of Editing for Story!

This method is a little bit outside the bounds of the advice you’ve probably already heard about editing a rough draft, but it gives you a clear picture of how conflict and stakes are generating organic “plot points” in your story.

Next episode:  how to make sure your story’s scenes stand up to scrutiny!